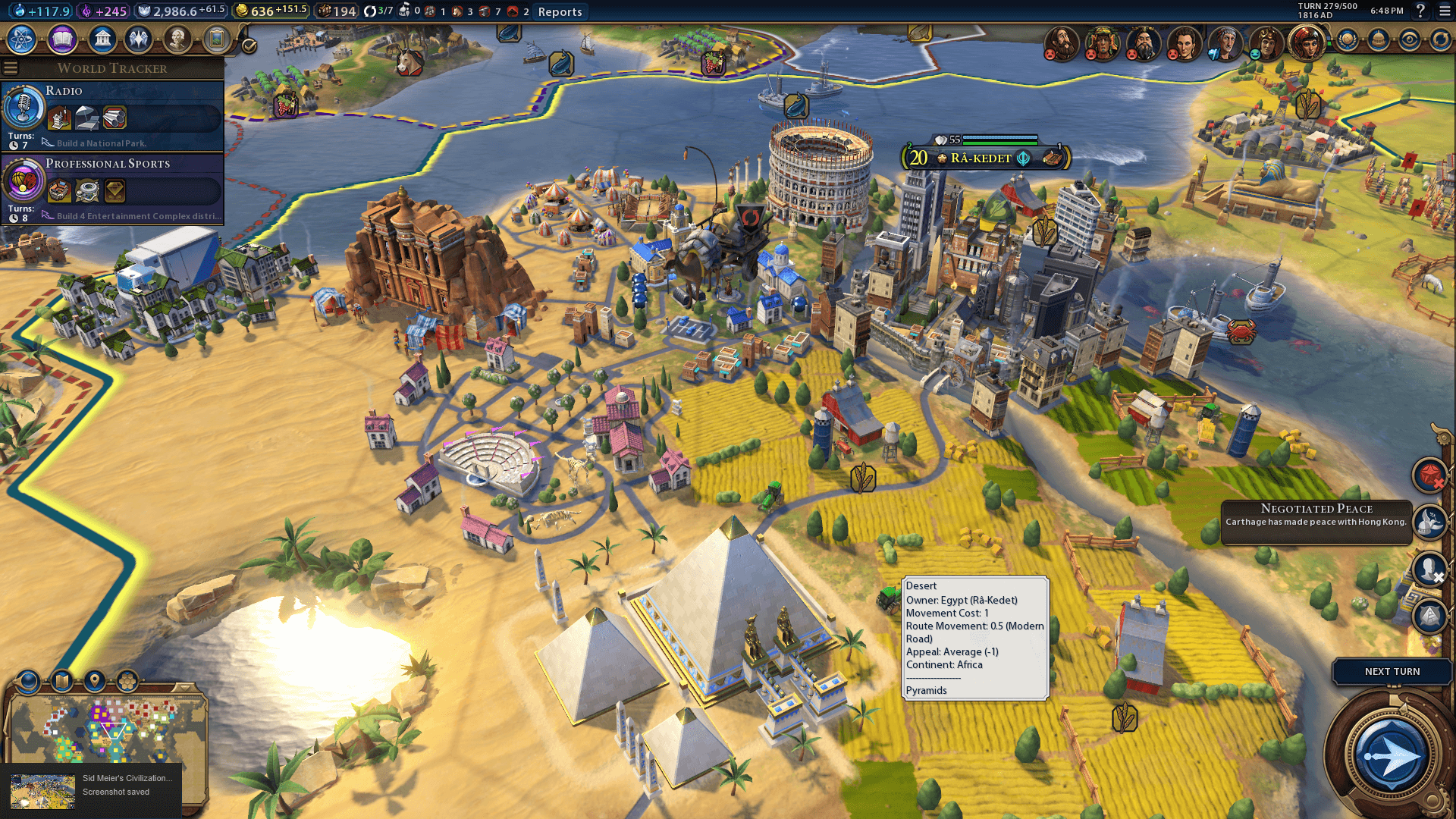 Some Thoughts on Civilization VI

Ahhh, Steam Summer Sale, how I love you and your ability to separate me from my money. This year I found out the sale had started when I got an email saying 25 games on my Wishlist were on sale hahaha!

Sadly my budget is limited for the time being, but I was able to pick up Civilization VI for under $30, which was the price point I was willing to buy it at. I’ve been playing it pretty non-stop since I bought it! I know a lot of people hate it, but I feel like that hate is just that people don’t like change (I’m looking at you, Sims “fans” that won’t stop bitching about how 4 isn’t the same as 3 or 2…..).

Granted, I wasn’t super into older versions; I think V was the first one I ever played and it required a little more attention than I usually felt like giving it. People seem to love that version, but the biggest complain I see is that VI isn’t as feature rich as V. Of course it’s not, it hasn’t been developed for as long! Jesus people. Ahem. Anyway, enough about what other people think, here’s what I think!

First, I love the graphics. I am a sucker for bright, colorful, semi-cartoony graphics. That’s part of why I always get suckered back into World of Warcraft (which I’m not playing right now). They’re nice to look at and don’t slow down my mediocre system which is always a plus.

The game play seems a little more straight-forward than in V (or the space version that I didn’t much care for), but not in a bad way. Sometimes things get “dumbed down” and I hate them, but this doesn’t feel like it’s reaching for the lowest common denominator, but more like some of the fat got trimmed out. One place I really noticed this was the ability to merge units with research a little further in the game, so I’d could combine two and then three of the same dudes into a single more powerful unit. My biggest complaint in the past with trying to do anything military was what a pain in the ass it was having to micromanage a million units; now I don’t need as many to stomp my enemies! Mwahahaha.

I played for a few days straight and did one victory of each type, and I enjoyed most of them. I was going to write more about each one here, but now I’m tired and lazy. So I’ll make another post about those another time, but suffice it to say for now my favorite victory was Culture and my least favorite was Science. Now you have something to look forward to, WHYYY is that my breakdown?

The moral of this post is: Civilization VI isn’t as bad as people make it out to be, grab it while it’s on a good sale. The end.